Inspired by the Humans of New York series, every other Thursday we’ll be introducing you to one of our remarkable team members. While we’re big fans of LinkedIn, our resumes don’t tell our stories. This edition tells the tale of a dedicated mom of two, a fateful summer night, and a kitten named Kiki.

Last July, Jess McLaughlin, 32, and her husband Kyle McLaughlin, 34, were cuddled up in their Wasaga Beach home when they heard an ominous knock at the door.

The couple wasn’t expecting any visitors that summer night.

Apprehensively, she approached the door and was immediately relieved to see her good friend, Mallory Steele.

“I don’t know what to do! Come to my car,” Mallory plead, turning steadfast to her beige Pontiac Wave in the driveway.

Her urgency concerned Jess, who followed Mallory to her car.

Has she been in an accident? Has she hit a deer? A slew of worried thoughts began to flood her head.

Instead, Mallory pulled out a cardboard box, plain and nondescript, from the backseat.

From inside the box, a tiny tabby kitten mewed.

Mallory explained that she had just rescued the grey tabby, no bigger than the palm of her hand, from underneath a deck.

The kitten was found abandoned, stuck underneath a neighbour’s front porch.

Though her husband was initially doubtful (the couple already had a chocolate lab named Bella), they ultimately decided to foster the stray kitten.

Fast forward one year later, and even the family dog has warmed up to Kiki, who is decidedly comfortable in her new home.

Maybe a little too comfortable?

That’s not all that’s changed.

Today, Jess works as the Director of Design at Siva Creative, a web development and marketing start-up that is Mallory’s dream project.

Jess describes Mallory as “awesome,” characterizing her as “the kind of boss you can joke around with.”

For friends and family who grew up with Jess, her current role at Siva Creative isn’t a surprise.

A creative woman who loves to design, Jess has previously worked in the highly imaginative fields of makeup artistry, digital photography, and digital imaging.

Jess and her husband Kyle (who are high school sweethearts!) still live in their Wasaga Beach home with their daughters Alyssa, now 8, and Gemma, age 5.

When I asked Jess what she was most proud of, she answered “my little boo and my little monkey” (Alyssa and Gemma, respectively), without hesitation.

Jess compares working at a small start-up company to being part of a family.

“We’re growing as a business, and we’re growing with the business. We’re all learning together.”

When she’s not hard at work alongside the Siva team, you can find Jess binge-watching Nashville or Sex and the City reruns. Her perfect day would be spent deep in the woods in a rented (albeit glam) treehouse with her family.

Pretty sure this qualifies as glamping, right?

A hard-working mom of two and a passionate designer, Jess is the cat’s pajamas (AKA an integral part of the Siva Creative team). 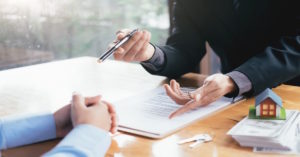 Spotlight Blog: All in All Insurance Brokers

July Spotlight Blog: All in All Insurance  Showing appreciation toward valued customers is an extremely powerful tool. By receiving acknowledgement, we begin to feel purpose, 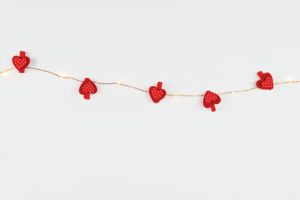 Our July SpotLight Blog At Siva Creative, we like taking time to acknowledge our amazing clients and the businesses we have helped to expand. From

Can you guess what Blink 182, the Dallas Cowboys, and dragons have in common? According to the UK’s National Cyber Security Center, they are some 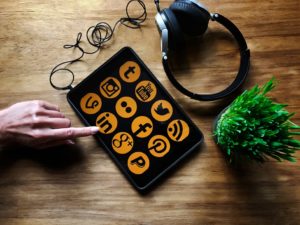 Organic Posting Is An Advertising Saviour

Organic Posting During COVID-19 One of the most difficult parts of promoting a business on social media is standing out from the noise. It is

Read More »
May 26, 2020
PrevPreviousCoding for a Cause
Next5 Reasons Why You Should Never Build Your Own WebsiteNext