Inspired by Humans of New York, every other Thursday we’ll be introducing you to one of our remarkable team members. While we’re big fans of LinkedIn, our resumes don’t tell our stories. This edition tells the tale of a self-professed hippie, the consequences of having a huge heart in a tiny start-up, and an impromptu trip to Africa.

Never heard of Perkinsfield? Don’t worry. I’d be willing to bet that most people haven’t.

Cindy herself refers to it as “the boonies” (AKA the sticks; the middle of nowhere).

Perkinsfield is a community located in Tiny Township, an area that as of 2016, has a population consensus of only 11, 787.

“I grew up in a literal forest, so I spent a lot of my time playing in the woods. I was an only child, so I would play hide-and-go-seek with my dog, Rose.”

It’s likely that Cindy’s rural upbringing has contributed to her current self-professed hippie-status.

As a result, her favourite show to binge-watch is one that follows a sustainable community built in the depths of the Panama jungles – a program aptly named Jungletown.

It’s noteworthy that when I showed Cindy the caption I wrote for the picture of the Volkswagen Microbus, she laughed heartily and said “I would.”

In true free-spirit fashion, Cindy boarded a plane and flew to Africa in November 2016.

“I went out of pure spontaneity! I bought my ticket without putting much thought into it,” Cindy says.

For three weeks, she volunteered with an organization called Heart of Ruth and an orphanage called The Rainbow House.

“I helped build a library for the children. I learned that we are so fortunate for what we have, but also that money does not buy happiness. Those kids were so happy it blew my mind. I would love to go back to see how big those kids have grown!” Cindy says.

For Cindy, swapping the mundanity of her routine for a great adventure was the key to growth.

“[I’ve been] stepping out of my comfort zone in the past couple of years. It has really improved my quality of living. I think getting too comfortable is one of the worst things that could happen to a person,” Cindy notes.

Cindy, pictured playing games with the kids from the Rainbow House orphanage in Watamu, Kenya.

Working at a startup company has been a surprisingly perfect fit for the passionate flower child.

“I have a lot more heart in it. I’m more emotionally invested, which I think is the key for me to stay motivated every day. Under a big company, I might not be as motivated,” says Cindy.

The pair met up at Casa Cappuccino, a small café that has called Dunlop Street East home for more than a decade.

She admits she was “terribly nervous” to meet Mallory, saying “I remember talking her face off about the importance of social media and my schooling at Georgian (Web Animation and Design).”

Despite her initial anxiety, the two young women quickly hit it off, forming both a business relationship and a budding friendship.

“She’s so welcoming – she treats everyone like a friend! I try to take notes about how she interacts with people so I can be more like her,” Cindy laughs.

When Cindy’s not in the office, she can be found walking her 7-year-old Cavalier King Charles Spaniel, Casey.

A determined, empathetic adventurer, Cindy Bidan is the caterpillar’s spats (AKA an integral part of the Siva Creative team).

What to Expect from a Marketing Agency: Work Together, Grow Together

Siva’s client expectations, and why you should expect your marketing agency to do the same. Researching marketing agencies can be confusing, especially for those who 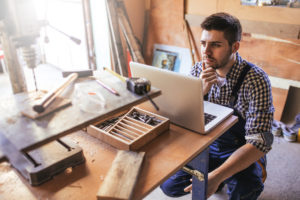 When IS the Right Time to Invest in Marketing?

Investing in marketing is an integral part of your business’ success strategy. Within the last year, the emphasis on digital marketing strategies has increased drastically. 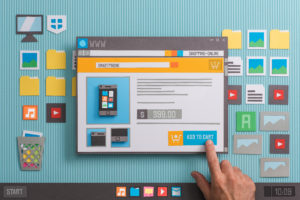 If you’re looking for successful business growth, we say a custom website. If you’re a business owner, you’ve probably asked yourself, “Should I have a

With 75% of people judging a company’s credibility based on their website and only 10 seconds to grab a visitor’s attention, it’s no secret that

The COVID-19 pandemic has wreaked significant havoc on lives globally, and its impact has similarly devastated the business sector; challenging the livelihoods of those who depend on these businesses to feed their families. As one of the fortunate few, the staff at Siva recognized an opportunity to step up and adjust our model to assist the business community in examining individual business models and opportunities for future viability and, together, our clients have been able to thrive.

With today’s provincial “Emergency Brake” announcement, Ontarians and Ontario-wide small and medium sized businesses will be forced into yet another 4-week provincial shutdown. Siva recognizes the disparity and uncertainty facing both small businesses and the Not-ForProfit sector – and we want to renew our commitment to supporting the communities we serve.

With that in mind, we’ve got something planned. We can’t tell you just yet, but we will be releasing details of an initiative that we believe will at least play a part in easing the burden. Stay tuned! And stay strong!